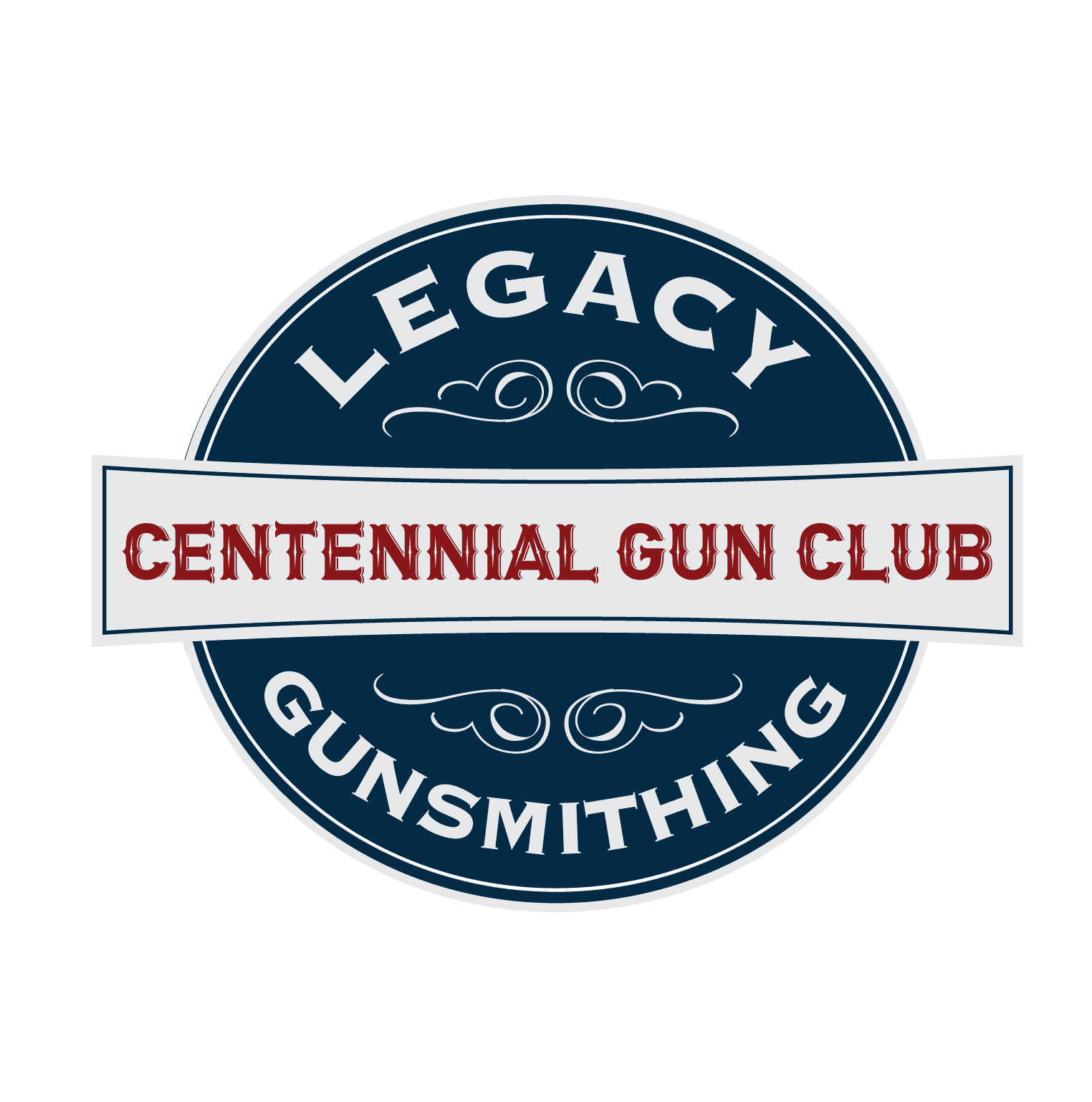 Testimonials + Before and After 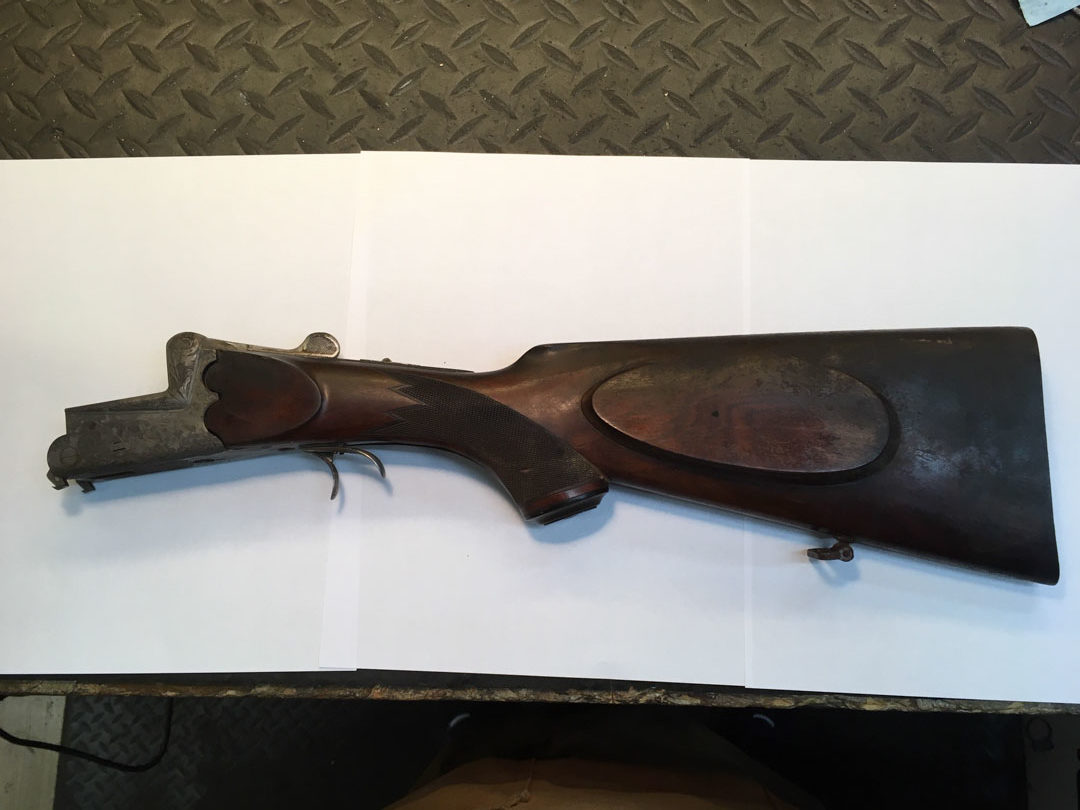 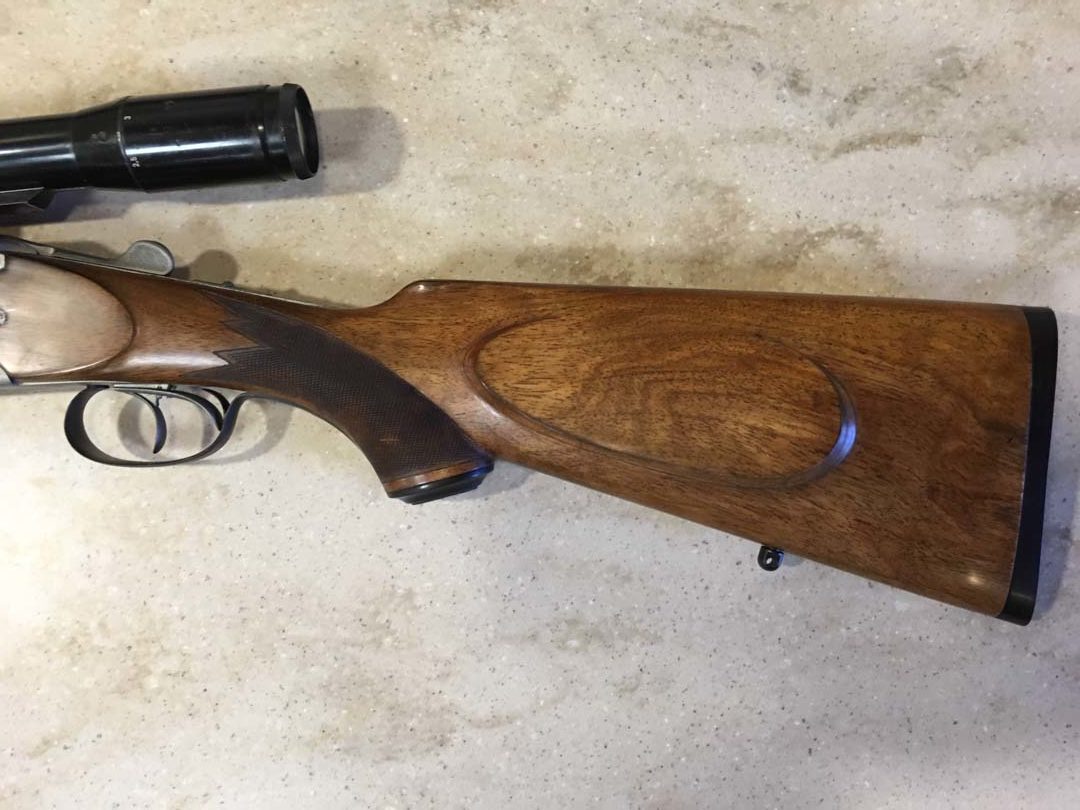 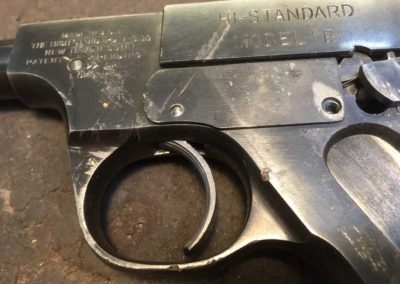 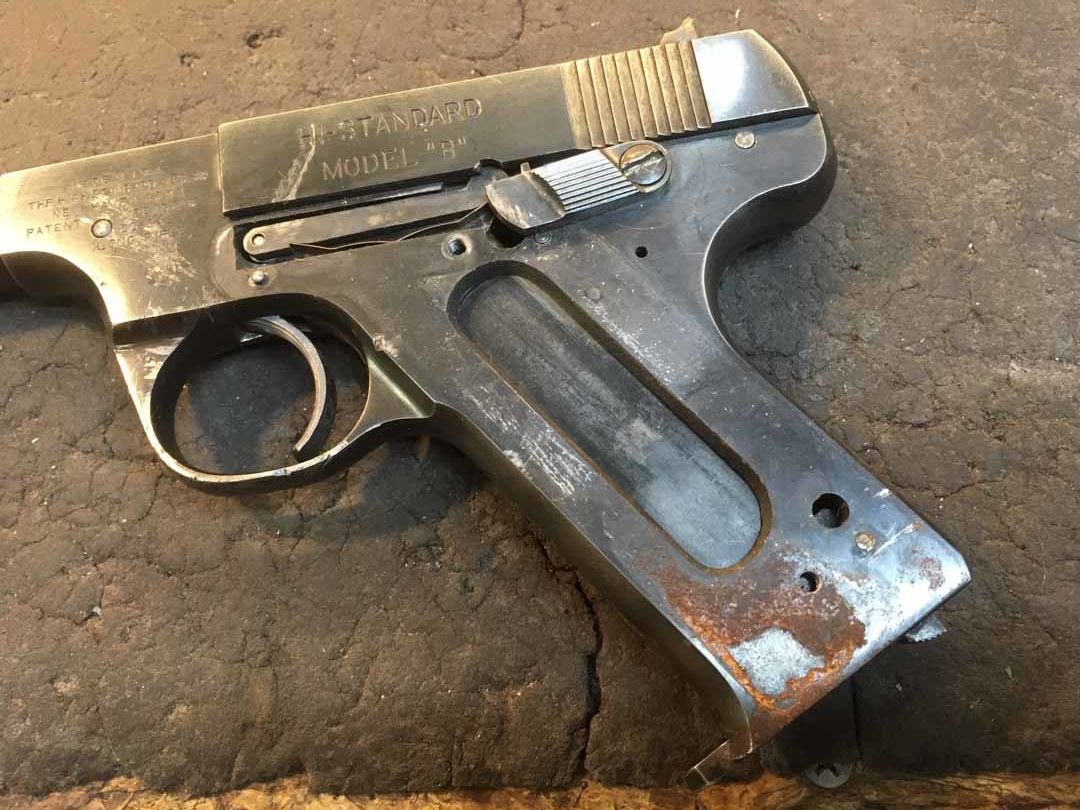 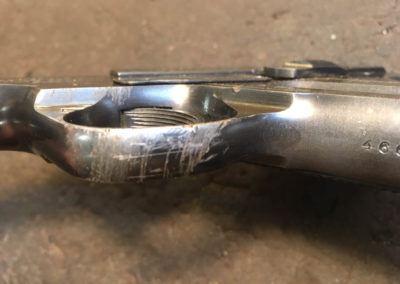 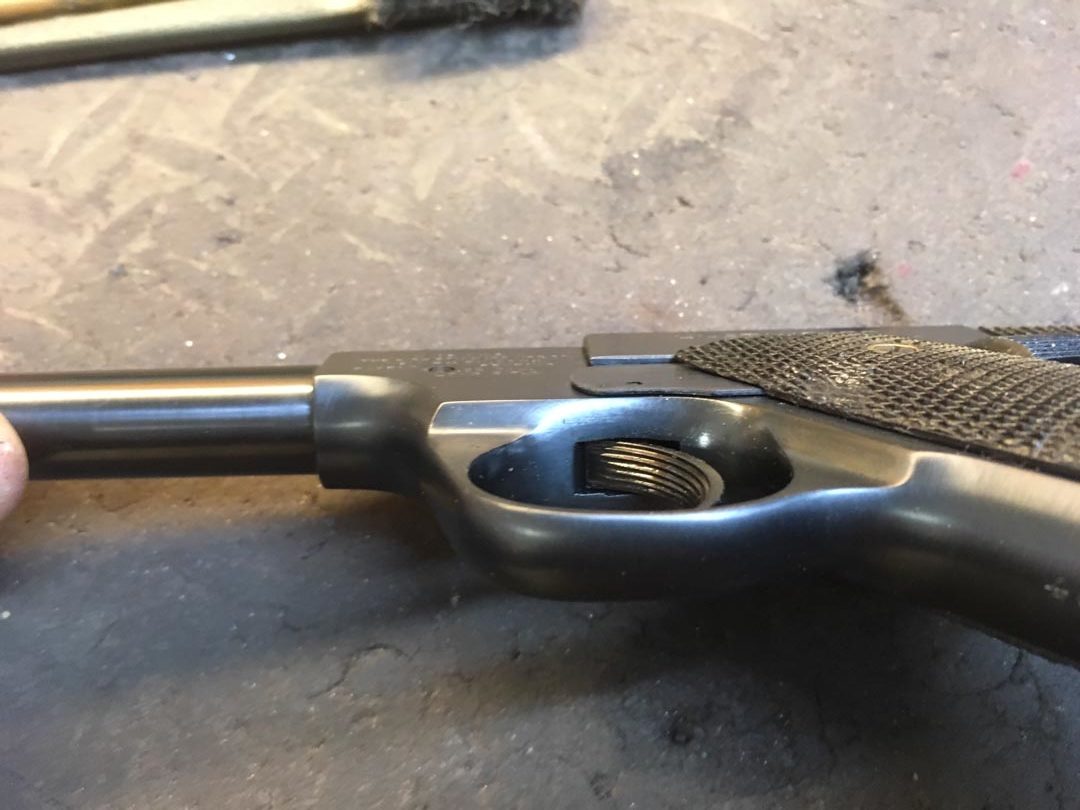 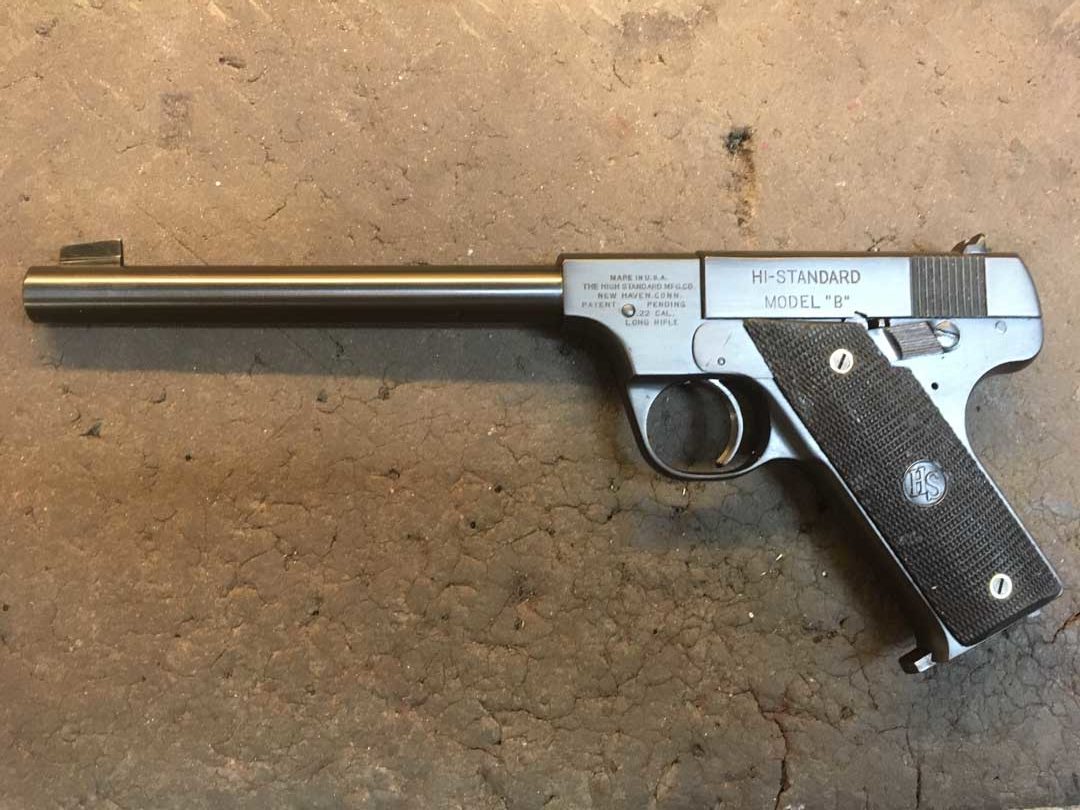 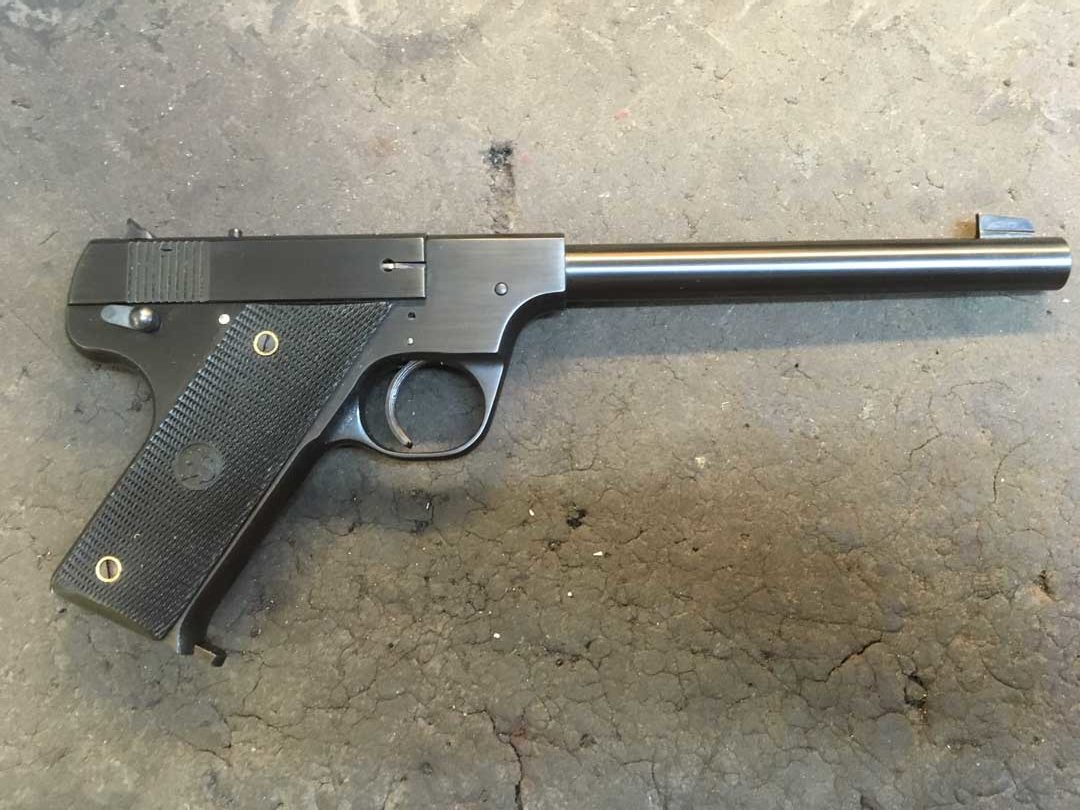 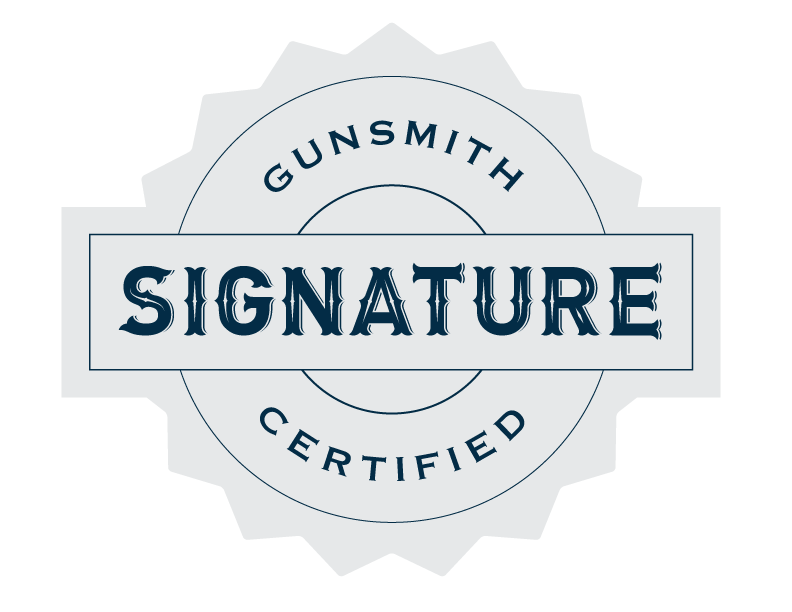 A Legacy Gunsmiths signature on each certification form is our way of assuring you we have personally inspected this firearm and it has passed our certification process.

We take the time to get familiar with each gun that comes in for sale or trade by first giving it a thorough visual inspection. We check for things like:

Then we look at the make, model, caliber, accessories etc. We also try to gain some insight as to its history from the owner. We’ll explain the specifics of how our purchasing program is structured so the customer can be a part of the process as it moves along.

Perhaps no other factor contributes more to, or detracts from, a gun’s value than whether it’s been refinished or not. A gun can easily lose half its book value, or more, if it doesn’t have the original finish. In addition, the difference between a properly refinished gun and a poorly done one can also make a huge difference. It’s important to keep in mind that gun value blue books only give values for guns in their original condition.

Note: (Making a determination on originality is not always an easy task. This is where the experience of our gunsmith staff comes into play. For over 30 years we’ve had the privilege of handling a wide variety of guns in their original pristine condition.

The first hand experience we’ve gained from having personally performed restorations over the last 3 decades helps give us valuable insight verifying originality since we had the opportunity to see the gun before and after it was redone.)

Condition, like beauty, is in the eye of the beholder and therefore open to interpretation. Fortunately, the gun Blue Books recognize this and have done a great job of providing the “tools” to help establish percentage of condition both by description and photos.

We typically start the research by looking at industry standard firearm Blue Books. If we need to find more information, or additional comparable guns for sale, we’ll often go to the internet. Since the internet has countless listings being added and removed on a daily basis it can also be a great barometer for the gun markets ever fluctuating pricing.

1) We review the information we’ve gathered with the customer to make sure they’re comfortable with everything.

2) Our goal is to reach common ground on the gun’s value.

3) If everyone’s comfortable and confident with the information and the terms we then move forward.

4) After the gun is purchased, it goes through our certification process.

The top 2 priorities we keep in mind when we certify a gun is to make sure it is:

We perform numerous checks on a gun to make sure it is within safe operating specifications.

We inspect each gun thoroughly, lock, stock and barrel.

The list of items we check can be quite involved and depends on the type of gun, of course. There are times when it makes sense to certify the gun before we buy it.

Sometimes we run into situations where, although the gun works, it’s out of spec. When this happens, we’ll take the time to bring it back to the proper spec’s. Think of it this way, just because your car runs, doesn’t mean it’s running correctly or at peak performance. In other words, things can “run” and still be out of spec!

If everything passes inspection we test fire the gun before it ever goes out for sale to the public. We provide a certification form with each used gun we sell with our gunsmith’s signature on it to show it has passed our certification process and it’s safe, reliable and ready to go. (There are of course a few exceptions like when there’s no ammo available or it’s an unfired gun).

Book one-on-one tech time with one of our gunsmiths. $20 per 15 min block of time.

Deciding on which gun to buy and wondering, what if I change my mind?

If a customer buys a new gun from Centennial Gun Club and wants to return it for any reason, we will offer to buy it back within 30 days at 100% of its current used market value towards the purchase of another gun in stock. 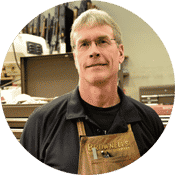 Bart Miller has made a living as a Gunsmith in the Denver area for over 30 years. He graduated the local Gunsmith School, the Colorado School of Trades, in 1984 and sits on their advisory board. He is also a certified Gunsmithing instructor. Bart started his gunsmith career in 1984 when he was 21 working for Gart Bros. He managed the repair shop for most of the 15 years he worked there. He and a business partner started a small retail gun store that was open for 5 years and specialized in gunsmithing which he managed. Bart sold his interest in the business and set up a gunsmith shop at a local gun store when an opportunity to work for Bass Pro Shops became available. He was employed by Bass Pro Shops for 10 years where he managed a 5 man gunsmith shop as well as their Fine Gun Room. While at Bass Pro he created an annual shooting event called the Generations Classic Sporting Clays Shoot where folks of all ages could get together to pass along our shooting heritage, introduce them to shotgun shooting sports and get the chance to experience what it’s like to shoot collector and high end classic shotguns from around the world. Bart has gained a strong following performing shotgun fittings for all ages. He works closely with several local professional shooting instructors. He has been a guest multiple times on local ESPN radio stations covering various aspects of gunsmithing and gun collecting. Bart has spoken at Brownells Gunsmith Career Fair several times presenting two seminars he created called, “Trouble Shooting Firearms” and “How to Provide a Great Customer Service Experience.” These seminars are now part of the curriculum at the Gunsmith school. Bart wrote an article called “If this old gun could talk” for an online magazine.   It gives a behind the scenes look at the firearm trade-in process and the importance a gunsmith shop can play. It also taps into the historical and sentimental aspects of gun ownership. Bart has performed countless appraisals for the companies he has worked for over 3 decades and his own mobile appraisal business. Bart has re-barreled guns for a local S.W.A.T. team and does design and custom work for people with special shooting needs. One of his hobbies is to do R&D work and build prototypes. He has been issued two patents. His primary gunsmithing focus is on the design and function of guns, what makes them run and the importance of customer service.