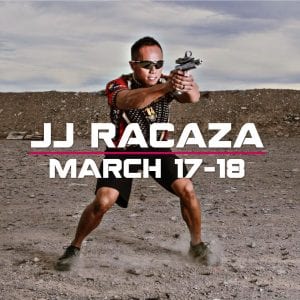 Since our first training class with 3-time World Speed Shooting Champion, JJ Racaza, sold out so quickly, he is coming back to Centennial Gun Club for the third time from March 17-18!

Racaza has broken and held multiple world speed shooting records. He is a 3-time U.S. Gold Team Member for the World Shooting Championships, leading the U.S. Team in 2011 & 2014.

JJ was also a member of the Army Marksmanship Unit (AMU). Outside of professional shooting, he served as a Homeland Security Federal Law Enforcement Officer for several years. He also served as primary firearms instructor for Department of Homeland Security before embarking on his most recent adventure, the opening of his firearms store, Magnus Sports USA in Las Vegas NV.

JJ has an idea of what he wants to impress upon his students, however, he prefers to assess the student/group and determine what to work on based upon his assessment. Here is a general idea of the things he likes to cover. This class is geared toward competition shooting mainly USPSA (United States Practical Shooting Association).

Day 1 Establishing a baseline:
Getting to know the shooters and their style etc…. 1st half of the day will focus on trigger control/visual patience (changing gear), buzzer drill, single, multiple target engagement, transitions, and static movements will be covered (extreme positioning/lean etc.). 2nd half of the day 1. Intro to movement “shooting and moving”, this will focus on entry and exits, positing, stance, extreme barricade positioning, easy vs. hard exits, easy vs. hard entries, & approach.

Day 2: Quick review of day 1
Shooting and moving, breaking down hips, foot position, use of body torque for extreme transitions…. 2nd half of the day: set up mini field course drills I use to practice for matches, mindset, in field courses and matches (covered throughout), forced “A” focus mentality. Key points JJ will make early on and reference throughout the day: gun ready vs. shooter ready anticipation: good vs. bad (physical vs. mental) enthusiasm vs. capability stimulus vs. response, speed and accuracy.

Average round count per day will be around 500. There is not a “set” number of rounds per day because the course is not dictated by drills, the drills are dictated by the students. If you’re a “round counter” then this class is not for you.

The class is a full day (6-8 hours) depending on the group. JJ pushes each and every student, and he has found that at some point in the day the group reaches a point of diminishing returns. Once JJ feels it has reached that point, then he will wrap up the class for the day.

Maximum of 10 students. No exceptions!

Requirements for taking the class:
1. Sturdy belt or competition belt
2. Holster must be strong side outside the waistband only.
3. Minimum of 2 magazine pouches per person.
4. Minimum of 5 high capacity magazines. More is always better.
5. Eye & hearing protection.
6. Liquids, snacks, food.
7. 1000 rounds for 2 days of shooting.
8. Notepad for taking notes.
9. Video recording is strictly prohibited.

Cost:  $800.00
Minimum Experience: 1 Year (Each student has to have been shooting for no less than a year and be holster proficient. USPSA shooters are encouraged to take this class.)
Age:  21+
Capacity: 10 Maximum
Course Cancellation/Change
Non-refundable 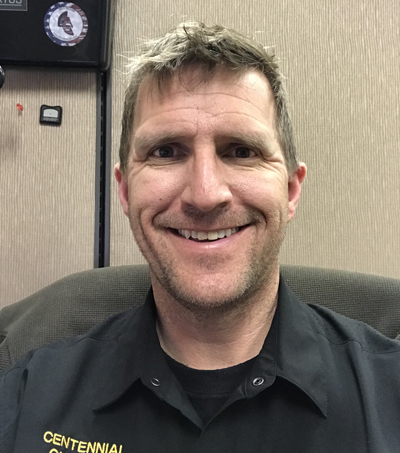